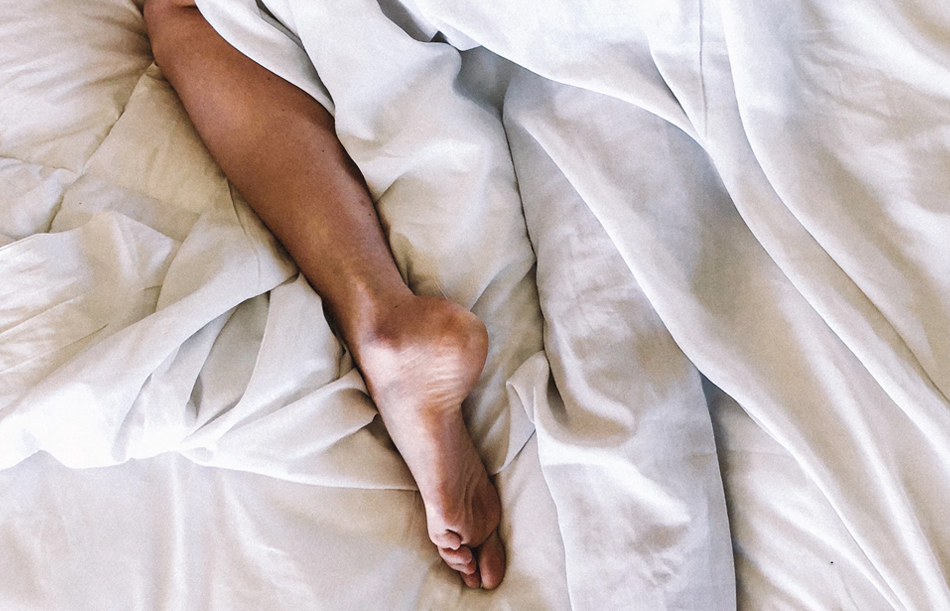 Sleep: A Surprising Cause of Pain

Did you know that the lack of sleep could increase your sensitivity to pain?

New research published in the Journal of Neuroscience suggests that not getting enough sleep messes with the brain’s natural mechanisms for relieving pain.

The lead authors of the study – Matthew Walker and Adam Krause – took 24 young, healthy adults and induced pain to them by applying heat to their legs, while monitoring their brain activity using Magnetic Resonance Imaging (MRI).

Specifically, the circuits that processed pain.

Each participant’s pain tolerance was recorded after a good night’s sleep, and the researchers turned up the heat – literally – each time.

Once they determined a participant’s maximum pain limit, they repeated the process, this time without letting the participant sleep.

According to Krause, a doctoral candidate at the University of California, Berkeley:

Across the group, [the participants] were feeling discomfort at lower temperatures, which shows that their own sensitivity to pain had increased after inadequate sleep. The injury is the same, but the difference is how the brain assesses the pain without sufficient sleep.

Walker, a professor of neuroscience and psychology, explains:

Sleep loss not only amplifies the pain-sensing regions in the brain, but blocks the natural analgesia (pain) centers too.

And this isn’t exactly groundbreaking news.

Over the years, there have been plenty more research that links pain with a lack of sleep.

In fact, one particular study suggests that not getting enough sleep is a more reliable predictor for chronic pain, as opposed to pain causing a lack of sleep.

So what can you do if you can’t sleep?

For many, the answer comes in the form of sleeping pills.

But are they really the answer?

Not according to Michael Sateia, M.D., emeritus professor of psychiatry at the Geisel School of Medicine at Dartmouth:

In terms of improvement of total sleep time, the benefits of sleep medications are pretty modest.

The risks do seem to outweigh the benefits.

For example, older antihistamine used in over the counter (OTC) sleep aids can cause confusion, constipation, dry mouth, and urinary problems.

And it can get especially dangerous if painkillers are added to the mix, as doing so “puts you at real risk for serious side effects such as dangerously slow breathing and mental and physical impairment that may linger into the next day,” cautions Sateia.

Sateia isn’t the only expert with such concerns.

Daniel Buysse, M.D., UPMC professor of sleep medicine and professor of psychiatry at the University of Pittsburgh School of Medicine, says,

I especially worry about people who take a sleep medication with 4 hours or less available to them to sleep. After 4 or 5 hours, you can still have the drug circulating in your blood, so you will be less alert at precisely the time you need to be doing things that require your concentration.

Buysee and Sateia are among one of the few researchers who reviewed 46 studies of sleep drugs for the treatment guidelines from the American Academy of Sleep Medicine (AASM) that was published in 2017.

And there’s plenty of research that echoes the same concern.

According to a 2015 study in the American Journal of Public Health, people prescribed sleeping pills are nearly twice as likely to be in a car crash.

And let’s not forget how many Hollywood celebrities have paid the price for accidental overdoses when it comes to mixing pain medication and sleep aids.

So what can you do if you’re sleepless and in pain?

For one thing, having good sleeping habits and sleep hygiene can help, some of which include:

Learn How
Arctic BlastTM Can Help.